Marina was a wonderful zarzuela (=Spanish light opera) with music by the Navarra-born composer Emilio Arrieta and a libretto by Francisco Camprodón; however, it was later turned into a full opera with a libretto by Miguel Ramos Carrión. Its premiere as a zarzuela took place on 21st September, 1855, at the ‘Teatro del Circo’ in Madrid and then later as an opera at the Madrid ‘Teatro Real’ on 16th March, 1871 in a tribute to the great singing figure of the time, the tenor Tamberlick, who sang the part of Jorge – it was precisely this tenor who insisted that Arrieta turn it into an opera! The reconverted and brand new opera obtained a resounding success that was considered the great event of the season. In style one can see that is somewhere between Donizetti and Verdi.

The SEGUIDILLAS is a sung number from the opera, but truthfully the main interest is for orchestra. It is a highly Spanish nationalistic piece, and its spectacular sound always raises the eyebrows! The free version for four cellos (and also possible with cello orchestra) of David Johnstone captures the spirit of the orchestra without it being difficult; thumb position is not used.

The arrangement is dedicated to the excellent solo cellist RAMÓN JAFFÉ, also a highly sought after cello professor. He is so well accustomed to Spanish and flamenco music, so this is offered to him as a birthday gift! 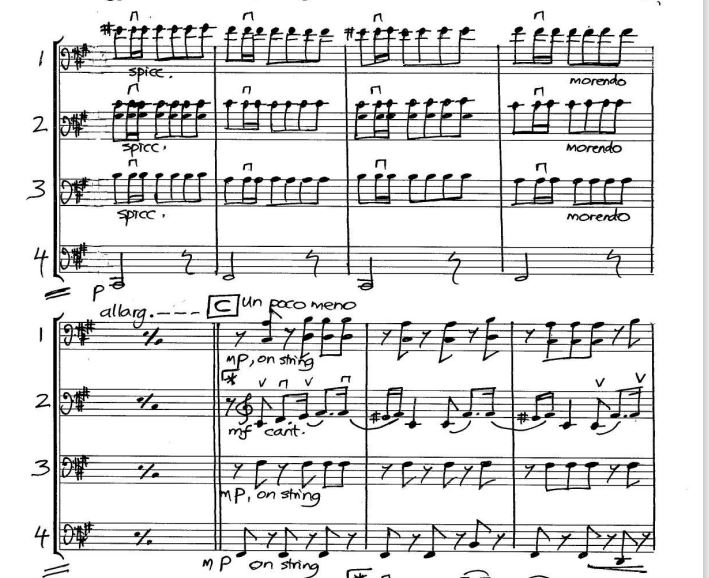