The Oration of the Bull

David Johnstone, as a performer and composer (with which his position in the arts is clear), expresses himself publicly to be totally against the programming of festivities with any abuse towards animals for 'human enjoyment', and especially bull-fighting. He is fully agreed with the phrase: “Torture is neither art nor culture".  Even more, for him it is the shame of the Spanish nation... and so, as proof of that, here is a personal committment in an important work of Johnstone:

'Elegy' is a concert work that can be played as a 'pure' concert piece, without mention of the programmatic thread – as such, a late romantic intense outpouring with occasional impressionist touches present. It is very much of film ambience; the special quality of the viola sings (in all registers) almost uninterruptedly in long awe-inspiring phrases that would seem to perfectly fit the big screen. There are two performance possibilities, for the work is equally persuasive whether performed in recital with pianist, or with string orchestra. The duration is about seven minutes and a half.

There are no doubts, in Johnstone's mind, as to the need still (in the twenty-first century) for animal 'justice' and to act against unreasonable animal exploitation: 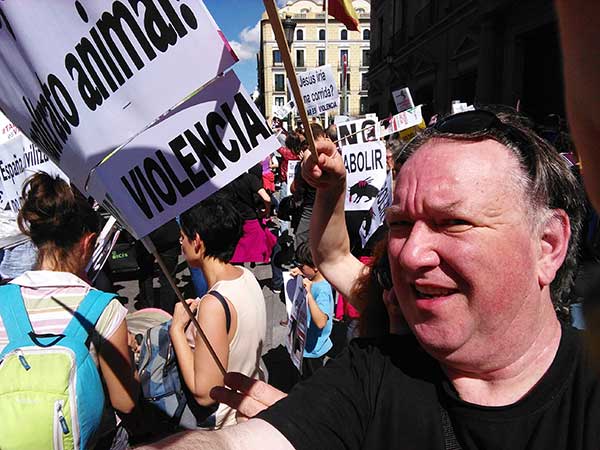