Available in download/s with price: €3.00

The Magnificat in D Major, BWV 243 by Johann Sebastian Bach is truly a jewel of the oratorio repertoire. Originally written in 1723 in E flat Major and first performed on Christmas Day, 1723, at the Thomaskirche in Leipzig under the composer’s direction. Bach subsequently revised the work substantially (1728–31). and changing the key to D Major to accommodate trumpets, by adding flutes, and by bettering the orchestration and most notably removing all four interjections of the previous Christmas texts. These revisions allowed the Magnificat to be performed at any time of year. It is a masterpiece of the choral repertoire.

Bach’s Magnificat consists of eleven movements for the text of Luke 1:46–55, concluded by a twelfth doxology movement. David Johnstone has prepared two movements for a cello sextet (or for larger cello ensemble).

These two will work perfectly performed as a small double-set.

In Johnstone’s hand, the first two cello parts use a fair amount of thumb position, but are fully playable for moderate to advanced players. The other parts are technically easier. All parts have bowing suggestions for convenience; these are conceived in an instrumental rather than in a choral way.

David Johnstone affectionately dedicates these new ‘creations’ to his friend, the German cellist MATTHIAS WEINMANN, a long-time cellist in the Liceo Opera Orchestra of Barcelona 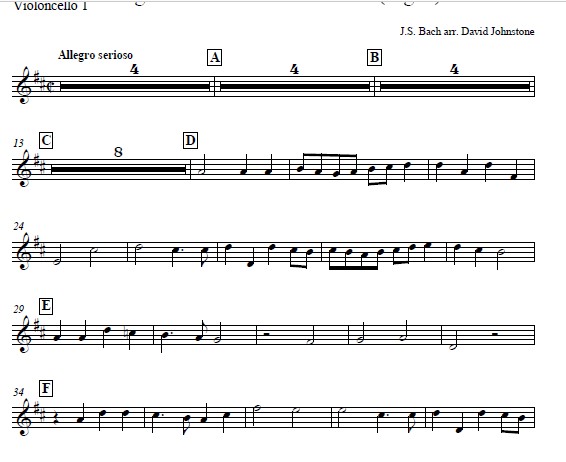 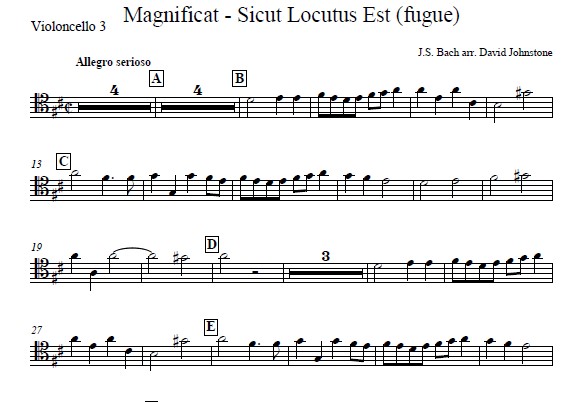 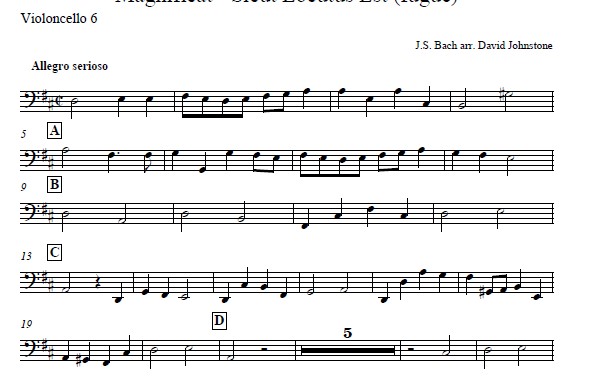