Available in download/s with price: €3.50

Johnstone Creations – CACCINI-VAVILOV – this music has been specially prepared for five cellos from the base of a string orchestral version in the public domain. Also with the possibility of being rehearsed/performed by Cello Orchestra / of excellent use in the Cello class etc.

The tempo indication is – Andantino

The Ave Maria by Giulio Caccini is a famous musical composition of the Baroque … an affirmation of which the only thing that is certain is that it is an Ave Maria, because it is neither Caccini nor a piece composed in the Baroque era! This Ave Maria came to light in 1970 by the Russian lute player, guitarist and composer Vladimir Vavilov, who had the frequent habit of attributing his own compositions to other composers, usually Renaissance or Baroque. Vavilov himself published and recorded the work in 1970 on the Melodiya label with the description “Anonymous”. It is believed that organist Mark Shakhin, one of the performers on the “Melodiya” LP, first ascribed the work to Giulio Caccini after Vavilov’s death, and gave the “newly-discovered scores” to other musicians. The organist Oleg Yanchenko then made an arrangement of the aria for a recording by Irina Arkhipova in 1987, after which the piece came to be a famous worldwide hit.

However, for historical interest, Caccini did indeed publish in 1601 a collection of songs for solo voice with a basso continuo, with the title of Le nuove musiche, a title that already indicates the novelty of the compositional techniques of the pieces composing the book. In them he probably used for the first time the basso continuo and the recitative in the type of song with which defended the principles of reciting singing. These are characteristics that mark the end of the Renaissance and the beginning of the Baroque period for which Caccini has a place in history as one of the forerunners of the Baroque style.

The cello version in five voices by David Johnstone gives the important melody to the first cellist throughout and can really show the expressive powers of the cello at its best (the temptation will always be to make it romantic, not baroque!). The other four all have accompanying roles, with only occasional fragments of melodic importance. The second and third parts use a fair amount of generally comfortable thumb position work despite being transcribed into C minor, and the fourth and fifth parts are yet more comfortable. In the case of performance by cello orchestra or larger ensembles then double-stops should be preferred divisi. 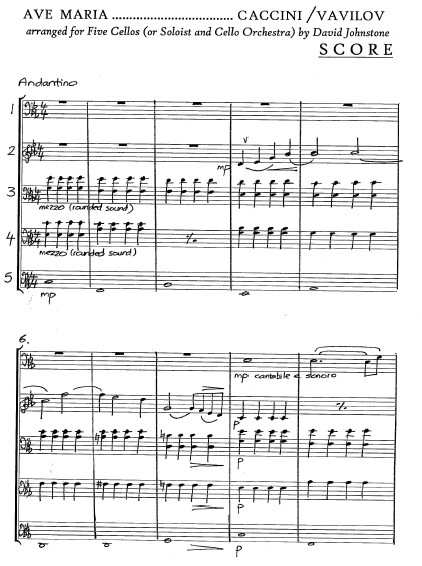 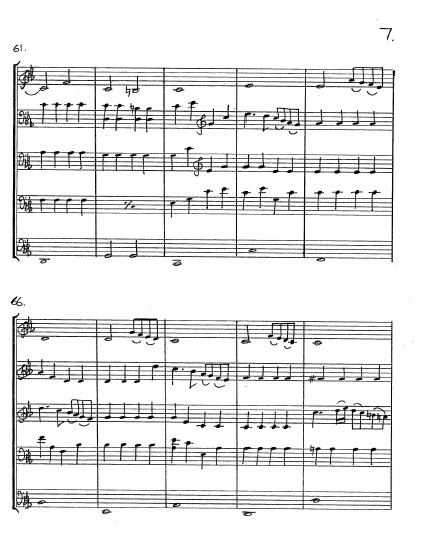