FREE = €0,00
You have 4 opportunities to download, within a period of 7 days
The shop can process up to 3 free works in each order.

Please, remember that the total cost of the products in the shop cart has to be €4.00 or more.

COLDPLAY – Viva La Vida – this music has been specially produced for FIVE cellos. Also with the possibility of being rehearsed/performed by Cello Orchestra. Arranged by HelloCello! Pamplona – Eva Niño

The tempo indication is – Lively 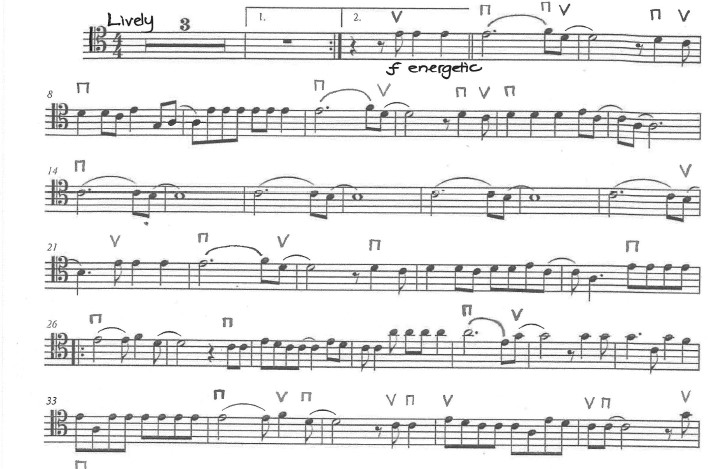 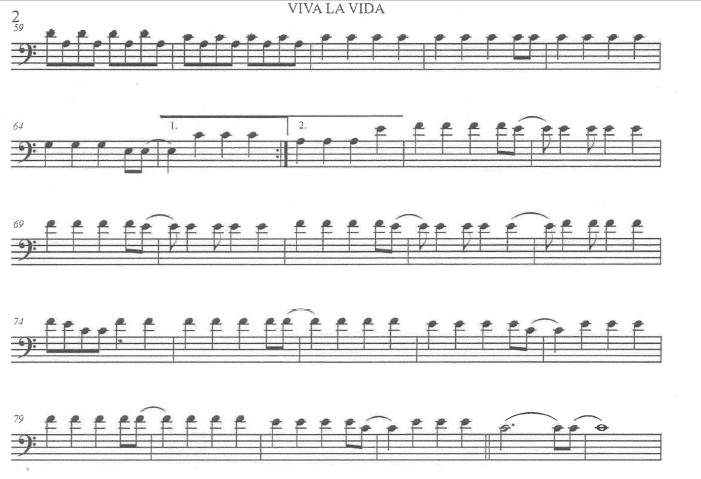 Viva La Vida is an authentic anthem that despite having been written in 2008 is still going strong many years later. Have you ever wondered why a British band decided to name their second album in Spanish? Well, it turns out that the name Viva La Vida is inspired by the world of art.

The theme is inspired by a painting by Frida Kahlo, the Mexican painter who is considered by many to be ahead of her time, a visionary and a rebel. She revolutionized culture through painting, her foray into politics and through her sexual freedom. The inspired painting is called ‘Still Life: Live Life’ and it is the still life of watermelons with the typical colours used by the artist. It is considered the last portrait that she painted before she died, and with it she wanted to convey the good things in life such as the taste of fruit, since fruit is associated with the joy of summer. It is a cry to life and the desire to live. In her own work, the phrase “VIVA LA VIDA” appears written on a watermelon.

This does not end here, because the song is also inspired by the life of a French monarch, Louis XVI. He was the last king before the fall of the monarchy with the French Revolution, as well as the last to exercise his powers as an absolute monarch. The song ‘Viva La Vida’ is therefore an ode to art, so apart from being inspired by Frida for the title, it is inspired by the life of Louis XVI (who had to live through the French Revolution in his own flesh).

If we pay attention to the lyrics, we realize that they are the king’s last thoughts just before he was executed:

“I used to rule the world” (Yo solía dominar el mundo)

And at a certain point in the song, the monarch anticipates what will be his final, since he ended up guillotined by the revolutionaries:

I (David Johnstone) had made an arrangement of this music many years ago, for six Cellos or Cello Orchestra; admittedly, in hindsight, it was not one of my best newly devised ‘creations’. When my wonderful Spanish cellist colleague Eva Niño came up with a new arrangement, in five main cello voices, I knew that this is the arrangement that I “should” have done – so MANY, MANY THANKS Eva!!