Available in download/s with price: €4.50

Johnstone Creations – ANTONIN DVORAK – Melodic Movement ‘Largo’ from The New World Symphony – this music has been specially prrpared for five cellos from the base of a string orchestral version in the public domain. Also with the possibility of being rehearsed/performed by Cello Orchestra / of excellent use in the Cello class etc.

The tempo indication is – Largo

The Symphony No. 9 in E minor, Op. 95, titled as “From the New World” but popularly known as the New World Symphony, was composed by Antonín Dvorák in 1893 while he was the director of the National Conservatory of Music of America from 1892 to 1895.

Dvorák stated that he regarded the symphony’s second movement as a “sketch or study for a later work, either a cantata or opera… which will be based upon Longfellow’s The Song of] Hiawatha” (Dvorák never actually wrote such a piece). The theme from the Largo was adapted into the spiritual-like song “Goin’ Home”, often mistakenly considered a folk song or traditional spiritual, by Dvorák’s pupil William Arms Fisher, who wrote the lyrics in 1922.

The cello version of the second movement is not a transcription as such of the movement, but a creation or a melodic movement based on the principal theme. It is developed in several verses by different colourings and part-writing that make this a good concert piece for cello ensembles, or indeed by full cello orchestra. It is not difficult; perhaps the top two parts could be classed as ‘MEDIUM’ but the majority of the writing is ‘EASY’ though not for absolute beginners. 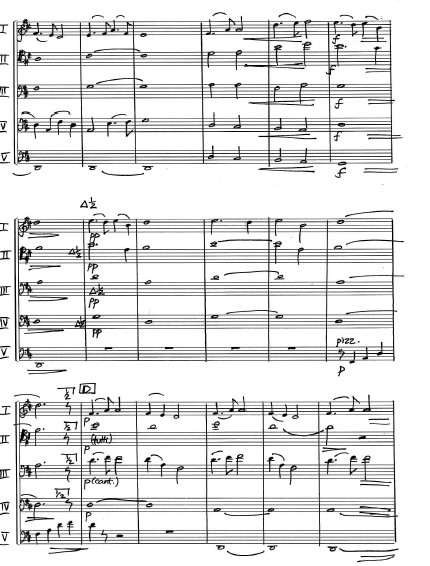