GUSTAV MAHLER – Melodic Miniature No.2 ‘Titan’(Symphony No.1 from 3rd Movement)

– this music has been specially produced for TWELVE solo cellos or large CELLO ORCHESTRA.

Symphony No. 1 in D major by Gustav Mahler was mainly composed between late 1887 and March 1888, though it incorporates music Mahler had composed for previous works. It was composed while Mahler was second conductor at the Leipzig Opera, Germany. Although in his letters Mahler almost always referred to the work as a symphony, the first two performances described it as a symphonic poem or tone poem. The work was premièred at the Vigadó Concert Hall, Budapest, in 1889, but was reputed to not be well received. Mahler therefore made some major revisions for the second performance, given at Hamburg in October 1893; further alterations were made in the years prior to the first publication, in late 1898. Some modern performances and recordings give the work the title Titan, despite the fact that Mahler only used this label for two early performances, and never after the work had reached its definitive four-movement form in 1896. However Johnstone feels the title is very nice, beckoning forward to the amazing orchestral output which was to follow, so he maintains this wording!

The two ‘Melodic Miniatures’ which Johnstone adapts are from the fourth and third movements respectively, in moments where the strings are to the fore in the orchestra. However, virtually all wind and brass parts are also incorporated; hence the complexity for the writing in 12 parts! A conductor is to be welcomed, though not absolutely necessary for more advanced ensembles. The part-writing is very ‘cellistic’ and should not present many difficulties to the higher conservatoire level or professional player.

The two movements may well be played separately as individual pieces, or performed together and almost without a break. The only concern is that in the second piece the 12th cellist tunes the ‘C’ string down a minor third to ‘A’ – if this player does not have ‘fine tuning’ mechanical pegs then maybe best to have a second cello alongside already prepared! 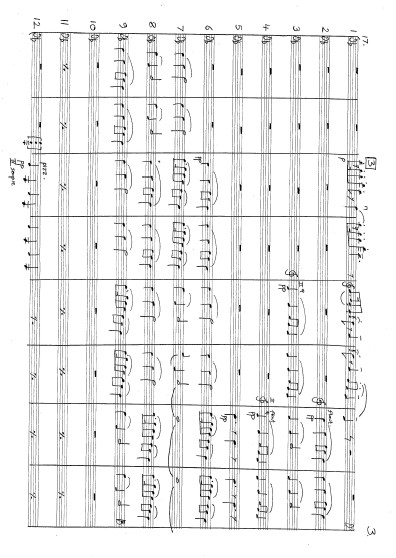 Be the first to review “MAHLER – Melodic Miniature No.2 ‘Titan’ (Symphony No.1 from 3rd Movement) for 12 Solo Cellos or large Cello Orchestra” Cancel reply