MEDIUM  – despite appearing quite ‘virtuosic’ to the public this piece is actually not too hard! All six parts are absolutely vital, and all have important prominent moments, complete with  a soaring cello II instrumental rising line towards the end.This is a perfect piece to finish a concert as a “grand finale”!

“La Bamba” is a Mexican folk song, originally from the state of Veracruz, best known from a 1958 adaptation by Ritchie Valens, a top 40 hit in the U.S. charts and one of early rock and roll’s best-known songs. Valens’ version of “La Bamba” is included in Robert Christgau’s “Basic Record Library” of 1950s and 1960s recordings, published in Christgau’s Record Guide: Rock Albums of the Seventies (1981) and ranked number 345 on Rolling Stone magazine′s list of the 500 Greatest Songs of All Time. It is the only song on the list sung in a language other than English.

“La Bamba” is a classic example of the son jarocho musical style, which originated in the Mexican state of Veracruz and combines Spanish, indigenous, and African musical elements. The song is typically played on one or two arpas jarochas (harps) along with guitar relatives the jarana jarocha and the requinto jarocho. Lyrics to the song vary greatly, as performers often improvise verses while performing.

EXAMPLES from Cello 1 and Cello 5: 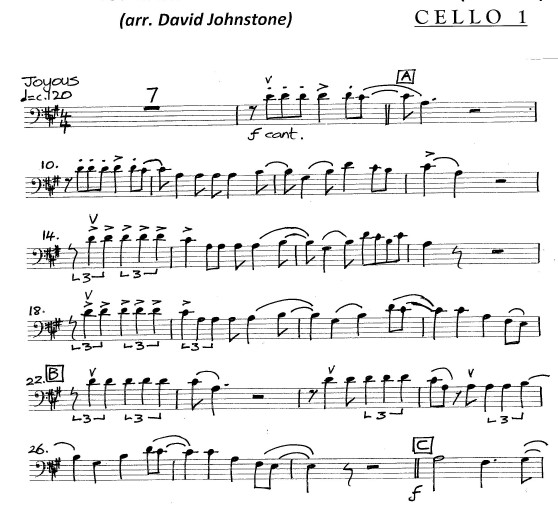 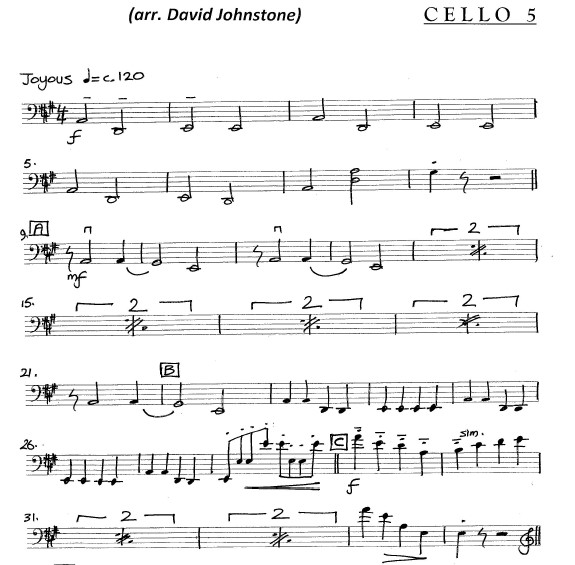